The Priv.ly project is shut down. A full-post mortem celebrating successess, and lamenting failures is given below.

Privly Postmortem: The Death of a FLOSS Project

Internet users are routinely surveilled as they share their lives on the web. With strong incentives to compromise user privacy for profit, solutions require either new public policy, or technical advances that render surveillance impractical. Since users select technology on the capabilities provided rather than abstract notions of privacy, technological solutions must either work in the background, or provide more socially relevant functionality. Providing "inattentive" and "functional" privacy was a motivation behind the Privly Foundation developing the Privly Project.

In building Privly we had many successes, but also faced many challenges. You should read on if you are interested in building a FLOSS startup. This blog informs the next generation looking to improve the world through code.

The "Privly Project" is a collection of browser extensions, content servers, and cryptographic applications for layering usable cryptography onto any website. The extensions work by scanning for specially formatted URLs and injecting the associated cryptography applications into the page, which then decrypts the content for seamless viewing within the website. The picture below gives one early demonstration of the platform. 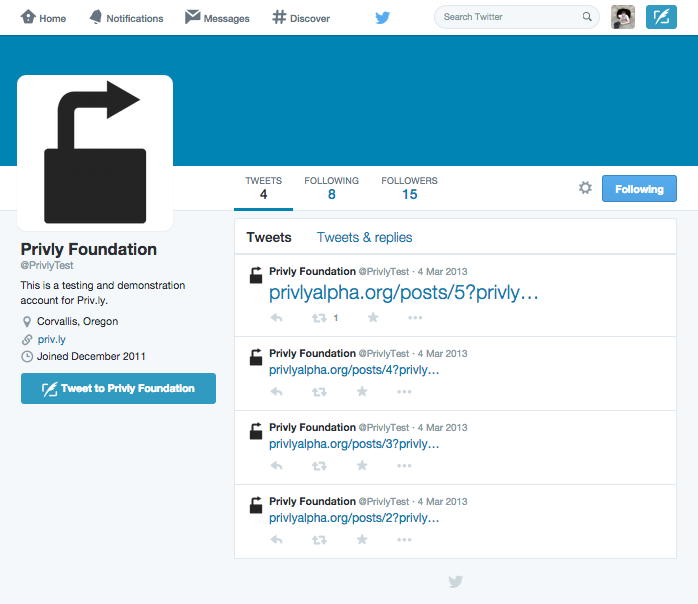 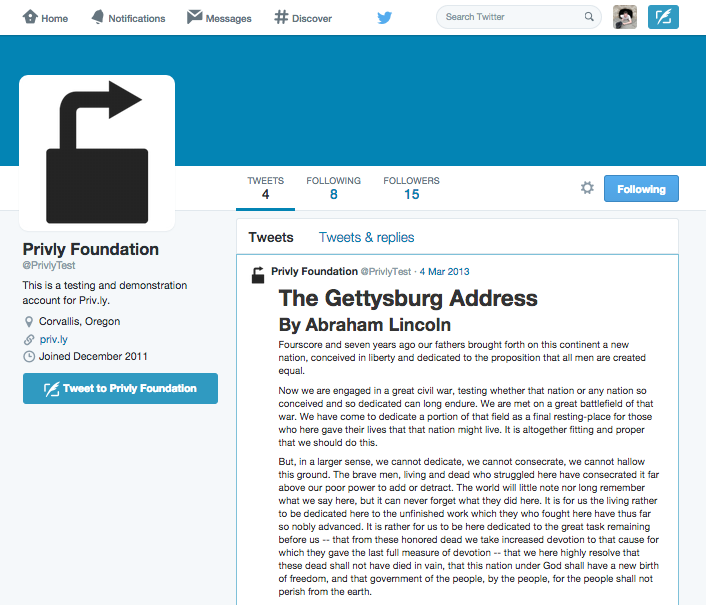 In developing the Privly Project, we overcame many organizational and technical challenges. Among them are the following.

Now for the hard, but ultimately more useful part of this post mortem. We hope members of the open source development community will learn from these hard won lessons, including,

Privly Project Servers: The Privly content servers have been shut down and will be destroyed within the next year. If anyone is negatively impacted by the shutdown, we encourage them to reach out and we will evaluate developing a migration pathway. We never reached a "beta" product, so we don't expect people to be adversely affected by the shutdown.

At this point I (Sean) would like to thank many people for their help in the Privly effort. First and foremost, the guidance of Carlos Jensen and Leslie Hawthorn greatly shortened the list of challenges and failures contained within this post. Next, the contributions of numerous students associated with the OSU Open Source Lab greatly advanced both the community infrastructure of the project, and several features developed over the lifetime of the project. Additionally, there are many people whom I plan on thanking individually out of respect for their privacy.

Privly changes the way your web browser works to give you privacy. Learn more about the Privly software and hosting options.

Web developers use Privly to develop many privacy applications for any website. Read about Privly's Many-to-Any design philosophy.

The project is governed by the Privly Foundation. Fork the code on GitHub or read the development guide.