A “Persona” is a fictional person that represents the user in the development of a software system. This page contains two Personas, one for a general non-technical user and the other for a user living under a regime of censorship and targeted government attacks. 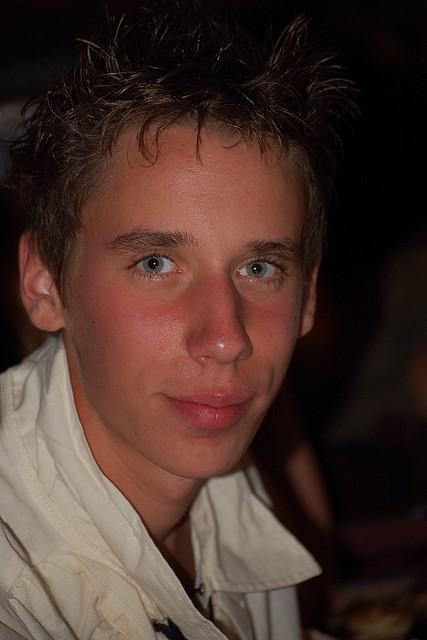 Frank represents a non-technical avid user of technology. In short, he represents the majority of users on the internet coming from places without strong censorship regimes.

Frank moved to Chicago to get a new start after taking a few community college classes in his hometown of Madison Wisconsin. He works early mornings at coffee shop and likes to browse Instagram on his phones when things slow down. His little sister occasionally Snapchats him pictures of herself making funny faces, but he finds her Snaps annoying because they interrupt his games of Candy Crush. When it’s his turn to close the coffee shop late at night, he uses Uber app to get back home, otherwise he loves to walk home. He often uses his laptop when he gets home to “research online courses,” but he often ends up browsing Reddit or Facebook instead.

Frank uploads many personal photos to Facebook using his iPhone and sometimes using his computer. He usually doesn’t care who can see his photos, so he uses the default privacy settings: “Public or Friends only” except for some certain cases. For example he doesn’t want his ex-girlfriend to see him with his new girl, so he customizes the privacy settings on those photos to restrict his ex.

He has heard of Edward Snow-something, but doesn’t really care about government surveillance since he hasn’t done anything worth surveilling, and besides, he would rather the government know he hates his coworker Lyle than Lyle himself know.

Frank likes the idea of SnapChats self destructing, but since he only sends Snaps with his little sister the service is not very useful. Besides that he thinks that new messaging apps such as WhatsApp, Viber, Snapchat, etc. are confusing compared to the default texting app on his iPhone.

After Facebook changes the site again (ugh) he noticed different things appearing in his timeline. This makes him skeptical of the system, but he hasn’t thought about quitting it since that is where his friends are.

Frank is an expert in “technology,” which means he is constantly using his iPhone – even when he is “using” his laptop computer. He knows many different social network applications, but learns their use through trial and error. His favorite four letters are TLDR; (Too Long, Didn’t Read).

His high school computer lab taught him how to use Microsoft Excel to balance his checkbook, but that is the most complicated thing he can do with a computer. He knows that there are things called “servers” but he doesn’t know what they are doing.

Frank gets annoyed at Facebook and Gmail for periodically interrupting his browsing to request he change his privacy settings. Settings are annoying but he remembers his friend Kyle lost his job after the wrong person read the wrong status update, so he takes a look at the settings whenever a service forces him to.

Frank’s identity has been stolen in the past, but it could have been prevented if he knew how to read the browser’s address bar. He typed his password into a fake Chase Bank login form even though the domain was chase.cha3red.com (not chase.com). He still doesn’t check the address bar when logging in.

As a counterpoint to Frank, we are also developing a user to represent a someone living under a strong censorship regime. Such users typically have greater costs associated with a loss of privacy and live under a threat model requiring more careful interaction with the web in order to avoid targeting. If a threat model is upheld when faced with Frank it will likely be upheld for the censored persona. Thus Frank is the starting point.